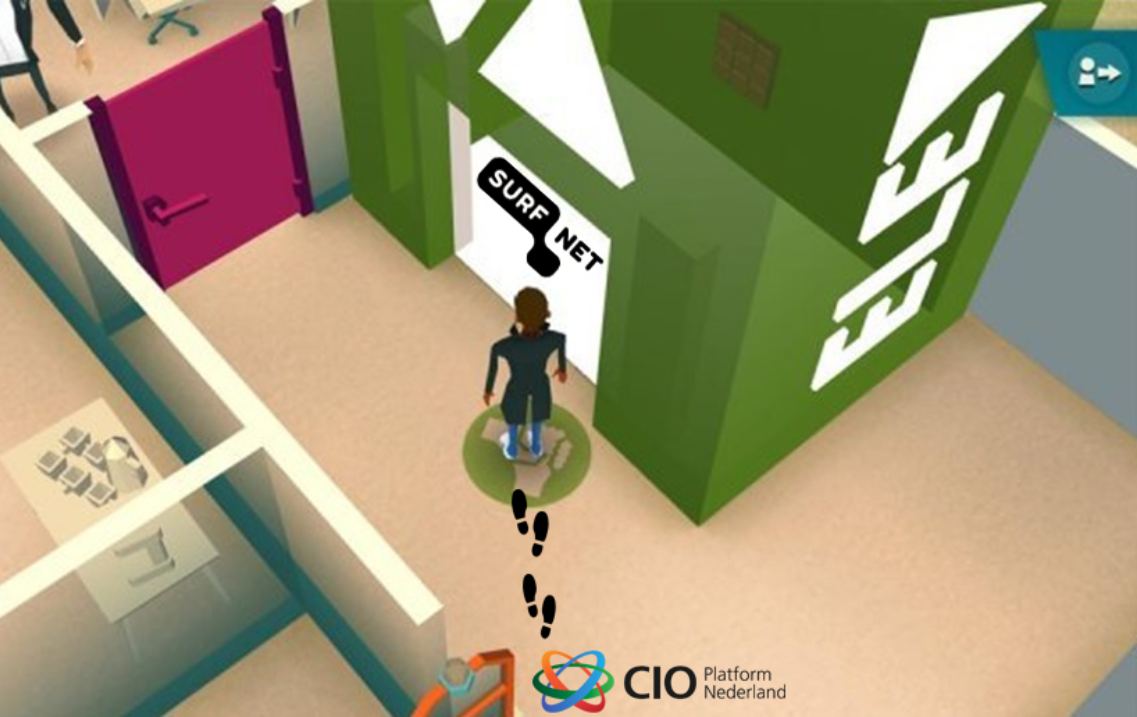 After 2,5 year of intensive development, collaboration and playtime CIO Platform Nederland transferred the Elevator Game (developed by IJsfontein) to SURF.

The idea to start a Game for Security Awareness raised in 2015. After an inventory among the members of CIO Platform Nederland more than 35 members agreed to develop a game in collaboration with IJsfontein. Under the inspiring leadership of Foppe Vogd the game (also know as the Elevator Game) is developed together with the members and IJsfontein. Two levels of the game were delivered. An amazing achievement given the size of the project and the challenges to be conquered.

In 2016 the third level was released and we saw an increase of the number of active players. Meanwhile international parties showed their interest in the Elevator Game and the CIO Platform Nederland needed to reconsider the positioning of the game. Important issue for the CIO Platform Nederland to maintain their independent position and the continuity for third parties. It was decided to transfer the Elevator Game. A matching partner was found in SURF.

Together with information security officers of universities and colleges SURF developed a campaign. Which is designed to make employees and students aware to undertake action themselves to deal safely with personal and organizational information on the internet. The Elevator Game will now be a part of this campaign. On behalf of SURF Remco Poortinga-van Wijnen (Team Lead Security innovation & operation) received the Elevator Game symbolically during the official transfer on November the 30th. Playing parties can keep on playing until December 21. It isn’t possible any more to download the app.

After this official transfer the participants of the Symposium shared their information security campaigns. Stedin and de Volksbank presented their inventive approached campaigns. It was a good sign to remark that the attendees agreed upon a network approach is the most successful within a campaign. It is important to appoint the most applicable initiators or enthusiasts to jointly develop initiatives that contributes to a higher level of security awareness among colleagues.

Jaardag 2021: the digital heart of society