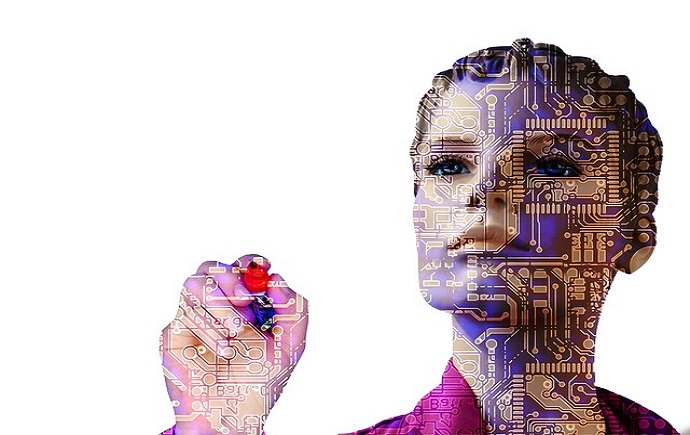 The discussion about robotization is hot right now. Including the dark side of this issue: ‘technological unemployment’. This statement is made by John Maynard Keynes and represent the loss of jobs by technology changes.

A recent study of two economists of Oxfort’s University shows that 47% of all jobs are sensitive for automation upcoming 20 years. Between the two and three million job will disappear in the Netherlands. You can thing of: self-driving cars will replace the truck driver, the pack-bot will replace the warehouse employees, already the first novel is written by a robot.

If you are convinced this will cause serious unemployment, you are wrong. Because we are subjected by the so called ‘illusion of a fixed number of jobs’ in our economy. In fact the number of jobs depends of the state of job vacancies in society and not the other way around.  Otherwise the massive inflow of woman to the labour market during the nineties caused an increase of unemployment amongst working men. And the possibilities of an early resignation of elderly people in the eighties would have created a sharp decline of unemployment among youngsters.

Technological break throughs like the steam engine in the eighteenth century and the assembly line during the beginning of the twentieth century. The computer chip and internet can shock the labour market, but none of these inventions actually caused a higher and structural unemployability. The labour market is much more dynamic and flexible than we actually suspect. In 2014 the number of unemployed people decreased just a little bit with roughly 40.000 people.  But meanwhile there happened a lot: 520 thousand unemployed people did found a job, the number of people that lost their job was 480 thousand. The effects of technological improvement should be matched with these facts and its dynamics.

A breakthrough technology might be able to automate the existing jobs, it will also create jobs we now don’t know the existence of. During the Eighties we couldn’t imagine that at one point in time there would be jobs like webdesigners, app-developers or search engine marketeers. It is calculated that upcoming years there will arise extra jobs, because of ICT and robotics. New and extra investments in ICT won’t make us lose jobs until 2020, but it will create an extra 120.000 jobs. Where will these extra jobs arise? Especially within the low-skilled and highly educated part of the labour market.

Highly educated people execute often work that is complementary to ICT applications, what makes it possible to increase their productivity. The reason low-skilled people also experience advantages of ICT is because of the increasing demand for personal service. In the secondary segment of educated people  the effect of ICT on the labour market has two sides. One part of the jobs will be destroyed, in particular the jobs with a cognitive and routinely character.  These jobs will be the first to be taken over because of the decrease of the usage of the power of a computer. Within the finance sector the consequences of this are already clearly visible. Although our study also shows the number of jobs within this middle segment of the labour market will stay stable. Because the number of jobs we lose will be compensated with the same number of new jobs.

The transition to a new balance within the labour market will inevitable bring us problems of adjustment. For sure when large groups don’t have a good perspective on a job, an social problem will arise. It’s the challenge of companies and government to guide their employees by applying education programs and guidance to and from a job. People who will lose their job must be equipped with skills that are necessary for the new jobs of the future. Artificial intelligence forces us an new way of retraining we are used to apply. New production engineering and business models ask us new skills and a different, flexible mindset.

Although not everybody equally benefits of the technologically renewal, our calculations show the fear of massive unemployment isn’t completely truth. The labour market is in fact a dynamic field, not a static one. Just like Keynes didn’t got it right with his prediction about technological unemployment, we won’t expect the current doomsday thinkers will see their predictions come true.