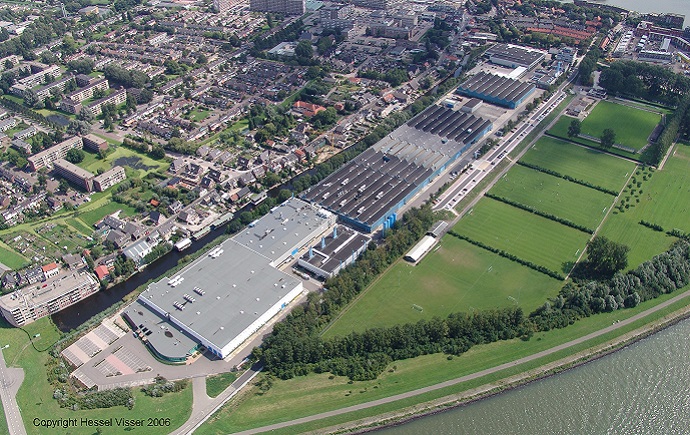 On Friday afternoon the 10th of November, the CO Platform Nederland organized the third Networking dinner of 2017. More than 20 CIO’s visited this event that was hosted by Henk Smit, CIO of Fokker Technologies.

Company tour
We started the program with a company tour that gave us a fascinating insider view in the factories. As a manufacturer of airplane parts, Fokker has several partnerships with airplane builders like Airbus, Gulfstream and Boeing. Fokker supplies these companies with body works, tale parts, several electrical systems and landing gear. During the company tour the friendly and informal atmosphere was notable. Fokker employees are like a family, most of them serve the company for many years and are very proud to work for Fokker.

IT in the centre of the company
After the company tour the official part of the program was started by a Members presentation by Ronald Verbeek. The discussed items arose a lot interaction and the CIO’s brought up several additions. Next part of the program was an introduction of Fokker Technologies by Henk Smit, CIO at Fokker. An important milestone in the history of Fokker was the take over of GKN Aerospace in 2015.
Second part of Henk’s presentation was all about his journey to centralize the entire IT organization and a complete insourcing of IT. Since 2015 Henk and his team are implementing the carefully prepared plans. Main reason to centralize the IT organization was to standardize and to consolidate. Typical for this line of industry are the low production numbers, very valuable and innovative machinery and a lot of unique handcraft work which needs many years of experience. Knowing this, the step to insource IT makes the organization more effective. IT is now in the centre of the company. So Fokker can make the difference to develop innovations, while operating in a growing market in constantly changing conditions. In a conservative business, with a huge responsibility towards the product, IT plays a key factor.
Henk and his team were facing several challenges while centralizing the IT organization: Business focus, continuous delivery of a high quality, the speed of the implementation, flexibility, legislation and compliancy and to equip the IT staff with new skills. It was quite a challenge to extend the IT staff in a short period of time with a large number of new IT colleagues.

IT employees of the future
One of the huge challenges was to educate the current staff, to hire a large number of new and young IT employees and how to integrate the new and old generation? Henk was searching for allrounders with many talents. A close cooperation with the HR department and several Dutch Universities made the almost impossible job possible. Besides airplane parts, in the near future Fokker will sell also services to their customers based on IT. Big data could be a huge opportunity to add value.

Plenairy discussion
Final part of the official program were the discussion tables about the several challenges the attending CIO’s were facing. During the diner is was time to talk to each other, share insights and to meet new members. Again it was a very successful Networking dinner.

For 2018 we have also planned three dinners. The organization for the first dinner at Wolters Kluwer on the 8th of February 2018 is already in full swing!